I make a version of these cinnamon rolls nearly every year for Christmas. The first time I made them was in 2010, inspired by the version in Lotta Jansdotter’s book. They’re beauties. Everyone LOVES them. The base recipe is for a version of Lotta’s beautiful, homemade, hot from the oven, loaded with sugar and spice, golden, buttery, classic cinnamon rolls.

To make cinnamon buns you start by making a buttery yeast dough. I know some of you shy away from yeast-based recipes, because of perceived difficulty, but these really are fun to make. One thing to know, they do take time. You’ll need to let the dough rest and rise at various points, but most of that time isn’t active, so don’t let that deter you. Also, once you get the hang of things, you can play around with all sorts of different fillings in future batches. If you want to explore something beyond cinnamon sugar, the filling can be anything from jam, a sweet compound butter, a flavored cream cheese filling. Have fun, experiment, and use this recipe as a jumping off point. 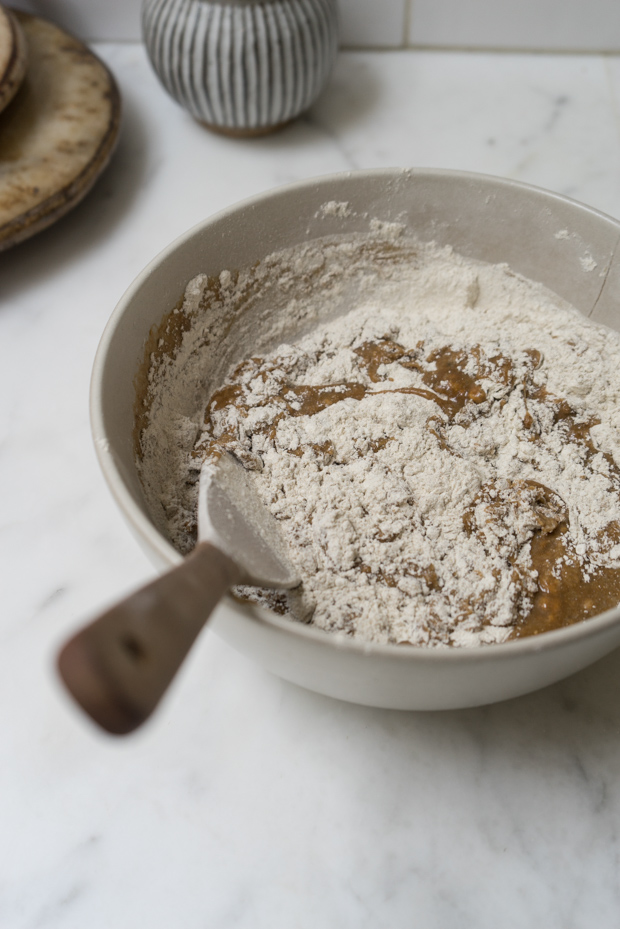 How to Make Cinnamon Rolls: The Process

Making cinnamon rolls goes like this. Mix the dough. Let it rise. Roll it out. Put down the filling. Roll. Slice. (Freeze here, if you’re going that route). Another rise. Bake. Lotta sprinkles her cinnamon buns with pearl sugar before baking, which gives them a nice crunchy top, but I know a lot of people like a thick slathering of icing – to the horror of some Swedes, I might add. Sometimes I serve these w/ raw sugar on top and icing on the side, and often use the icing from these hermit cookies. 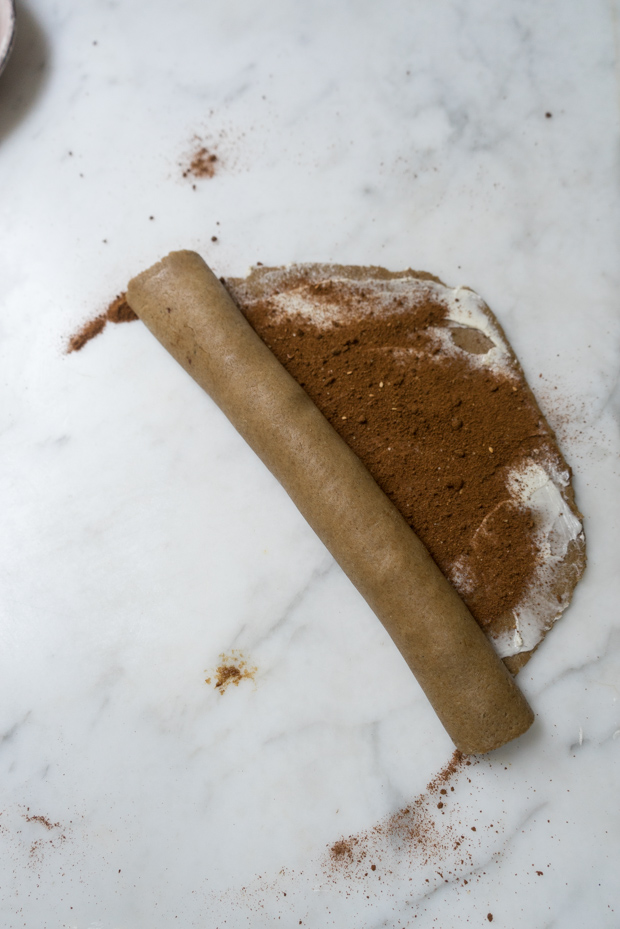 I’ve made little tweaks over the years reflected here. Above you see a version of the cinnamon rolls topped with icing. Alternately, you can do a simple sugar sprinkle before baking. I include instructions for both below. You can also play around with the flour. I’ve done versions with a percentage of rye and also whole wheat flour, for a kiss of rustic-ness. There are some great insights in the comments as well. 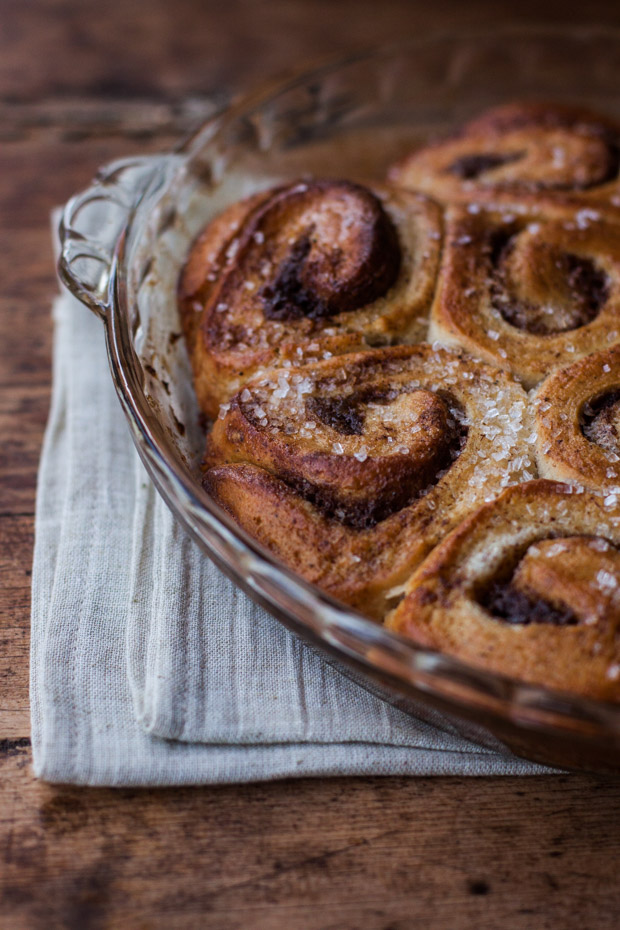 One of the great things about these cinnamon rolls, is that you can prepare them ahead of time. You can even freeze the pre-baked rolls. The night before you’re ready to bake them, leave them to thaw, covered, on your counter, and bake them in the morning.

To Make A Cinnamon Swirl Loaf:

This is an easy tweak to the below cinnamon roll recipe & results in a beautiful, braided loaf. Don’t be intimidated – it looks much more difficult than it is. Promise! The basic jist is this: instead of slicing your two tubes of tightly rolled cinnamon roll dough into individual buns, slice each tube lengthwise with a sharp knife and arrange them side by side, cut side up. See the illustration below to understand how to braid the strands. You should now have four “strands.” If you are having trouble slicing, try getting your knife a bit wet, and clean between each cut.

To braid: Pinch the top ends together. Now, take the left strand and move it over two strands (to the right) and under one strand back to the left. Switch to the other side: take the most right strand and lift it over two strands to the left and back under one strand to the right. Repeat, alternating from left side to right side until the loaf is complete. I find it easiest to say out loud, “over two under one, over two, under one.” Pinch the ends together and carefully lift and tuck into a 9×5 loaf pan. It really doesn’t have to be perfect, just aim for a reasonably tight braid.

Continue with the recipe as written, allowing the twisted loaf to rise in a cozy spot. You’ll bake at the same temperature noted in the recipe, but for longer with the twisted loaf – closer to 30 minutes. And with a loaf like this, where you run the risk of a doughy interior if you under bake, I like to use an instant read thermometer to make sure the interior hits about 190F. If the top of your loaf darkens before the dough is cooked, tent a piece of foil over the top for the duration of the bake.

There are a lot of way to go from classic cinnamon rolls to something else. Here are some of the ideas that have come up over the years. For the vegans out there, Shannon notes, “1 cup wheat whole wheat flour and used coconut milk and a flax egg. Topped with nutella and whipped cream.” I make a version of the icing with creme fraiche, always a hit, but buttermilk is great too, and easier to come by.

Danielle had this to add,” I added 1 tsp of a medicinal masala chai spice blend I ordered on etsy, and it put these over the top!” I love this idea, and heartily encourage experimenting with other spice blends as well. I make these at times with a cinnamon, rose petal, sesame blend. Also, hard to go wrong by using a bit of lemon zest in the bottom of your baking dish.

Hope you love these as much as we have over the years! If you’re looking for breakfast recipes don’t miss this healthy granola, or the best waffle recipe (seriously!), these classic pancakes, a loaded frittata, tofu scramble, Herb Cream Cheese Scrambled Eggs, and the baked oatmeal is always popular.